[INFOGRAPHIC] US economic contribution: where does your city rank?

The United States is an awfully large country—and a productive one at that, offering up $17.3 trillion in annual economic productivity. In a country this big, full of diverse and varied regions, which points are contributing the most to that productivity? A 3D visualization based on data from the U.S. Bureau of Economic Analysis breaks it down for us.

It should come as no surprise that the biggest cities in the U.S. are also the biggest economic contributors—according to the data, 20 “top metropolitan areas” are responsible for generating 52 percent of the country’s GDP. The metropolitan hub containing New York, Newark and Jersey City impressively constitutes nearly 10 percent of the total US GDP with $1.5 trillion. While the Greater Los Angeles Area is a distant second at $866 billion, Chicago-Naperville-Elgin metro area is not far behind in third at $611 billion.

How does the rest of the US fare, and how does your business’s surrounding metropolitan area stack up? Check out the chart in full: 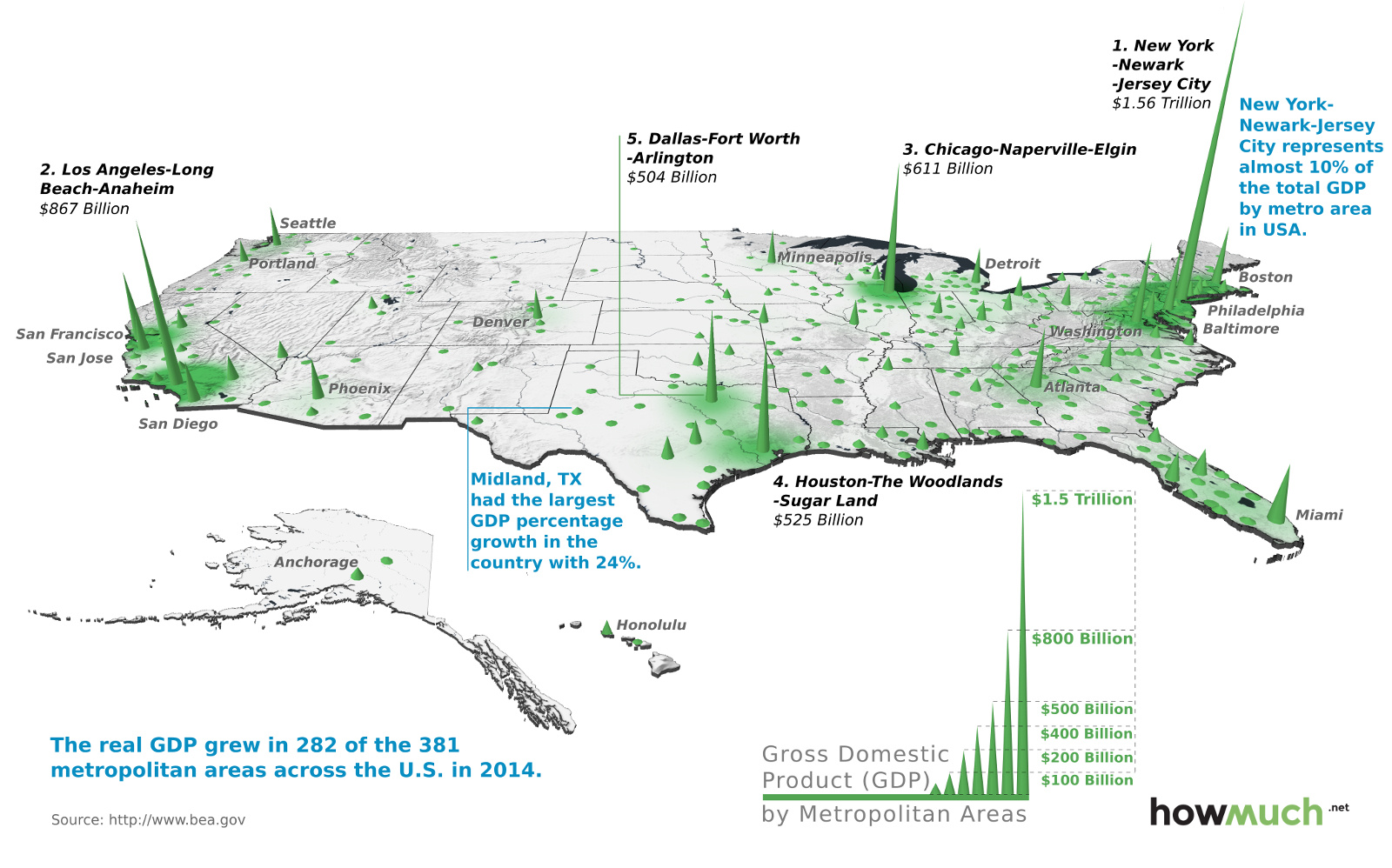